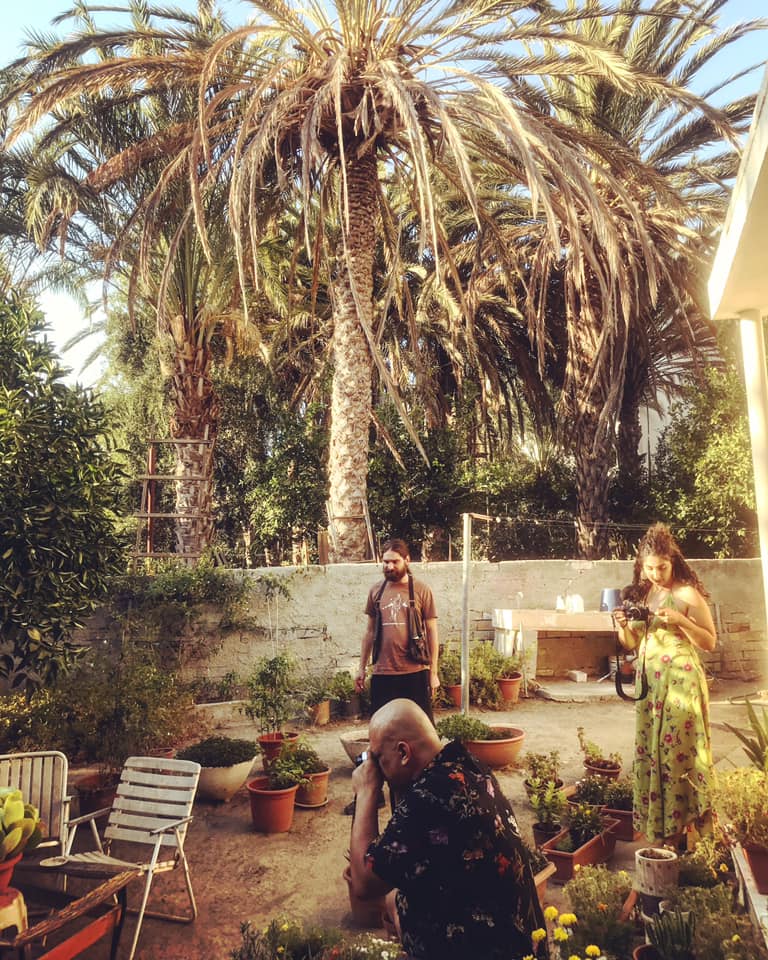 Kaimakli Gardens was one of the A-Delicious Place actions that took place during the timeframe of the PK festival. The project was initiated by Christiana Stylianou, a sociologist with a strong interest in urban matters and Nicos Philippou, a photographer working on Cypriot topography and material culture.

Together they have engaged in a visual ethnographic process in the historically working-class suburb of Kaimakli documenting local’s relationship with their yards, gardens and plants with an emphasis on those they use in their cooking. This has resulted in a “DIY” chapbook publication.

They looked into Yards adjoining modest houses that are an integral part of Cypriot lay architecture. Hosting an abundance of potted plants – edible, aromatic, decorative, flowery, exotic – haphazardly and eclectically, in terracotta pots as well as in “upcycled” tin and plastic containers, these yards are a small colourful oasis in an otherwise harsh urban built environment.

The process accounts for the changing demographics of Kaimakli and it’s enrichment with a community of artists and intellectuals that moved into the suburb during the last couple of decades as well as migrants fleeing war and economic hardship elsewhere.

The material gathered in the process was presented as a multimedia installation during the PK festival and in the form of a “DIY” chapbook. Both outputs functioned as poetic inventories of these plants as well as the stories people share about them. Further it has been a tribute to our collective love affair with gardening.