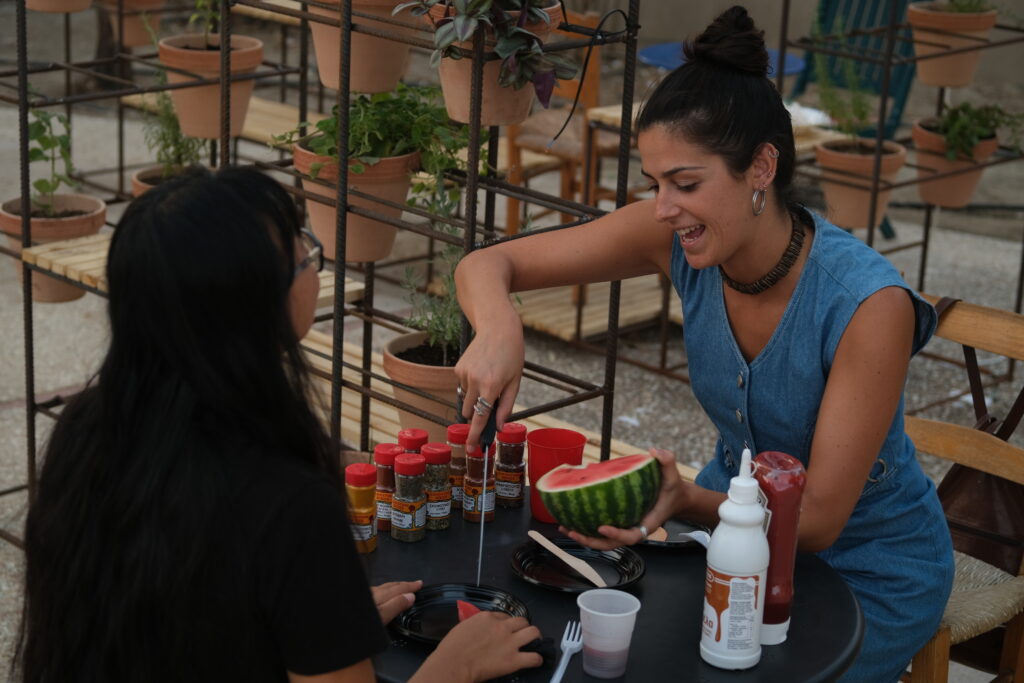 Pame Kaimakli* is a neighbourhood festival launched in 2013 by the residents of the Kaimakli district and Urban Gorillas. From a series of ad-hoc informal events that were taking place in the private houses of the neighbours, the Festival has grown into a well-known event, welcoming acclaimed artists; it became a cross-disciplinary place where local meets global. It is an annual community event that aims to explore ideas of publicness, co-creation and community engagement through creative interventions with the collaboration of residents and artists.

The thematic of the 2020 festival focused on the act of making, sharing, and celebrating notions of food production and food consumption. Food as a placemaking topic has great potential to connect and to intrigue interest in commonalities, differences, but also opportunities for creative community actions during times of crisis.

1. The production of three video stories about the Kaimakli neighbourhood – part of the A Delicious place project (funded by the Creative Europe project A-Place)

2. A pop-up cinema, with the screening of two international films, that looked into the relationships of place, communities and food – part of the A Delicious place project (funded by the Creative Europe project A-Place)

3. “A Delicious Place” pop-up cinema with video stories, and curated talk – part of the A Delicious place project (funded by the Creative Europe project A-Place)

5. Dining Perfomance by intercultural community group WeCircle which was the result of an 8 week workshop

6. Theatrical Performance by community group of retirees EKYSI and Yiasemin Collective which was the result of an 8 week workshop.

*Since 2013, the Pame Kaimakli Festival has been adopting artistic practices to foster exchanges between the diverse social strata of the district, through the participation of local and invited international artists and the general public. One of the objectives of the festival is to provide ways to overcome the distance between ‘local’ and ‘other’ residents, thus contributing to the creation of a healthier social environment for everyday urban life.