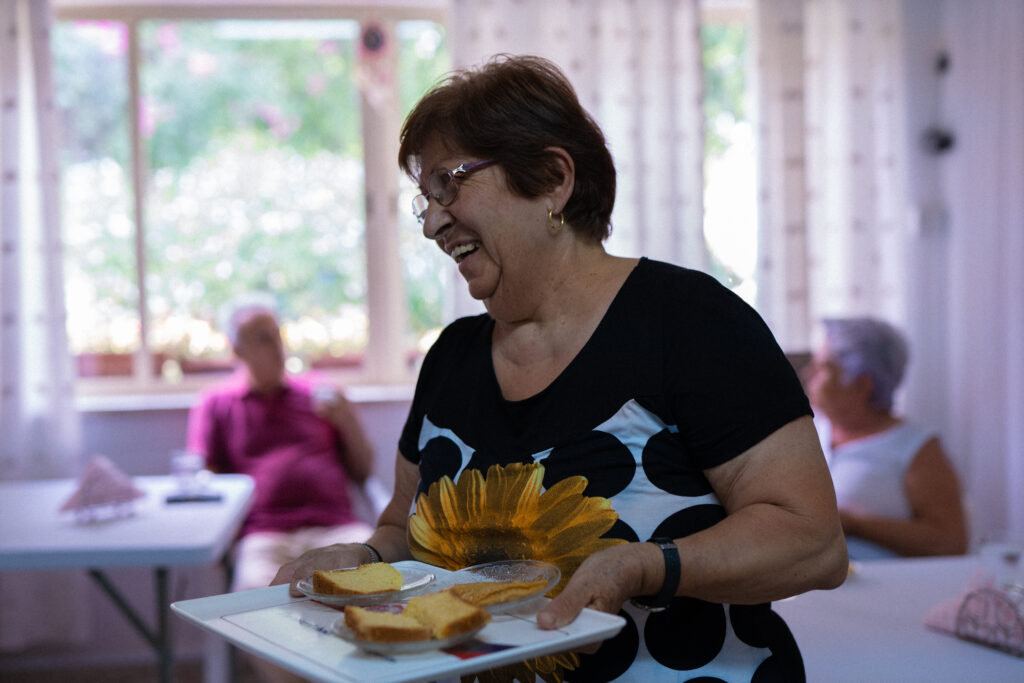 Trattarisma is the third of the video documentaries produced for the A Delicious Place* activity and presented in Pame Kaimakli 2020. It followed the stories revealed through the theatre workshops with retirees from the neighborhood led by Natalia Panayiotou of the Jasmine collective.

The Jasmine (Γιασεμίν) group designs its activities in order to give space and time to people who are marginalised by society and to whom Art would not have reached otherwise. Through a series of theatrical workshops at the house of EKYSY (Cypriot retirees’ association) in Kaimakli, Natalia Panagiotou together with a dynamic group of retirees create a theatrical performance around “Trattarisma” (meaning “Treat”). In Cyprus culture, treating someone relates to hospitality (Filoxenia), as welcoming someone in our house is always associated with treating them with food. After all, who knows what “hospitality” is better than our seniors? Their stories are revived and were collectively presented at the Pame Kaimakli Festival on the 5th of September 2020.

*A Delicious Place is a placemaking activity composed of a series of actions that were hosted at the Pame Kaimakli 2020 festival in Nicosia. The festival’s main theme revolved around the topic of food as a socio-cultural, artistic and placemaking activity. Overall the festival*, initiated two, two-month long workshops, three theatrical performances, two film screenings, two ethnographic audiovisual projects, a series of open-air dinners, neighborhood walks and a pop up short documentary festival around the role of food in the placemaking process.

*A Delicious Place was one of the placemaking actions led by Urban Gorillas in the framework of the A-Place project that is co-funded by the Creative Europe Programme 2019-2023 of the European Commission.