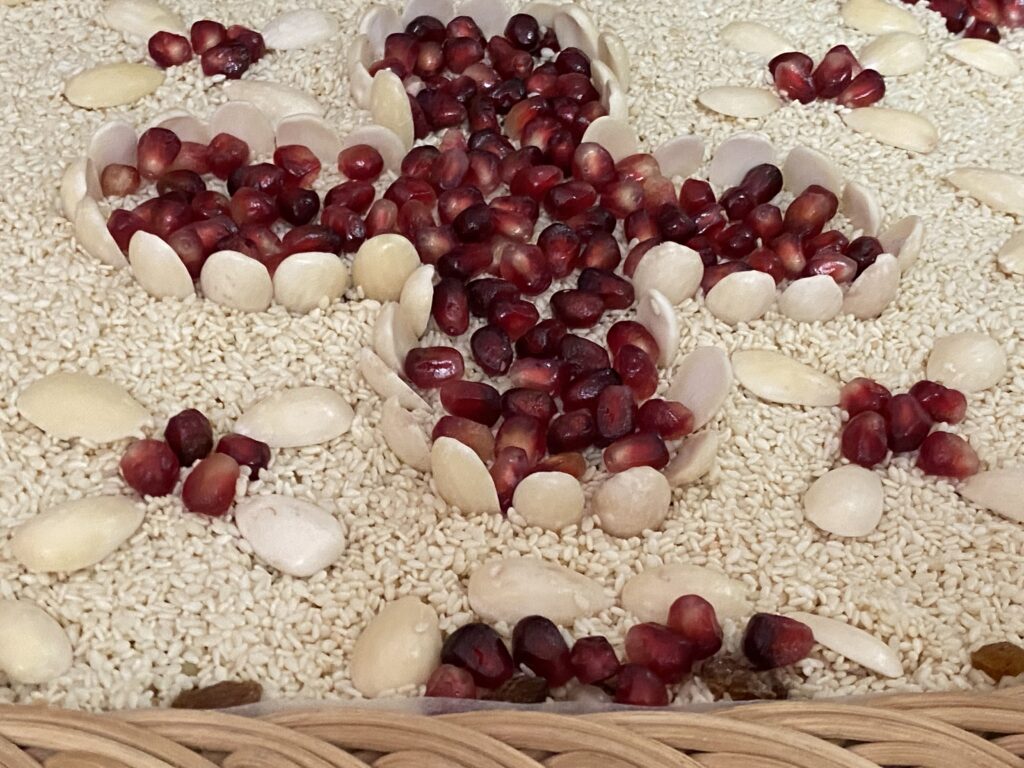 Three video documentaries were produced as part of the A Delicious place’s Festival actions documenting community stories in relation to the topic of food.

One of the video documentaries, records the making of the local Cypriot dish kollyva and projects this story in parallel with a comical performance written by award winning writer Costas Mannouris and performed by the well known actress Popi Avraam.

Kollyva is a dish made liturgically in the Eastern Orthodox Church and offered in the memory of the dead. There are different versions of the kollyva recipe but the principal ingredients is boiled wheat kernels, sesame seeds, almonds, ground walnuts, cinnamon, sugar, pomegranate seeds, raisins, and anise. The kollyva are offered in honour of the deceased after Sunday’s mass amongst those attending, and also distributed to relatives or friends of the deceased.

In the Kaimakli neighborhood we met Mrs. Sofia who is the kollyva maker for the neighborhood church where we could discuss more about this tradition and record the making of the dish.

The macabre topic of kollyva is also the main source of inspiration  for local writer Costas Manouris to write his play Mpoukia kai Sygxorio which was performed in the Pame Kaimakli festival. The play  follows the life of Aleka Kanta, a kolyva boutique owner who attempts to redefine the sacred tradition.

This brilliant performance presents a humorous take on Cyprus’ local food and culture, using the tradition of kollyva as a departing point for talking about lots of cultural taboos!