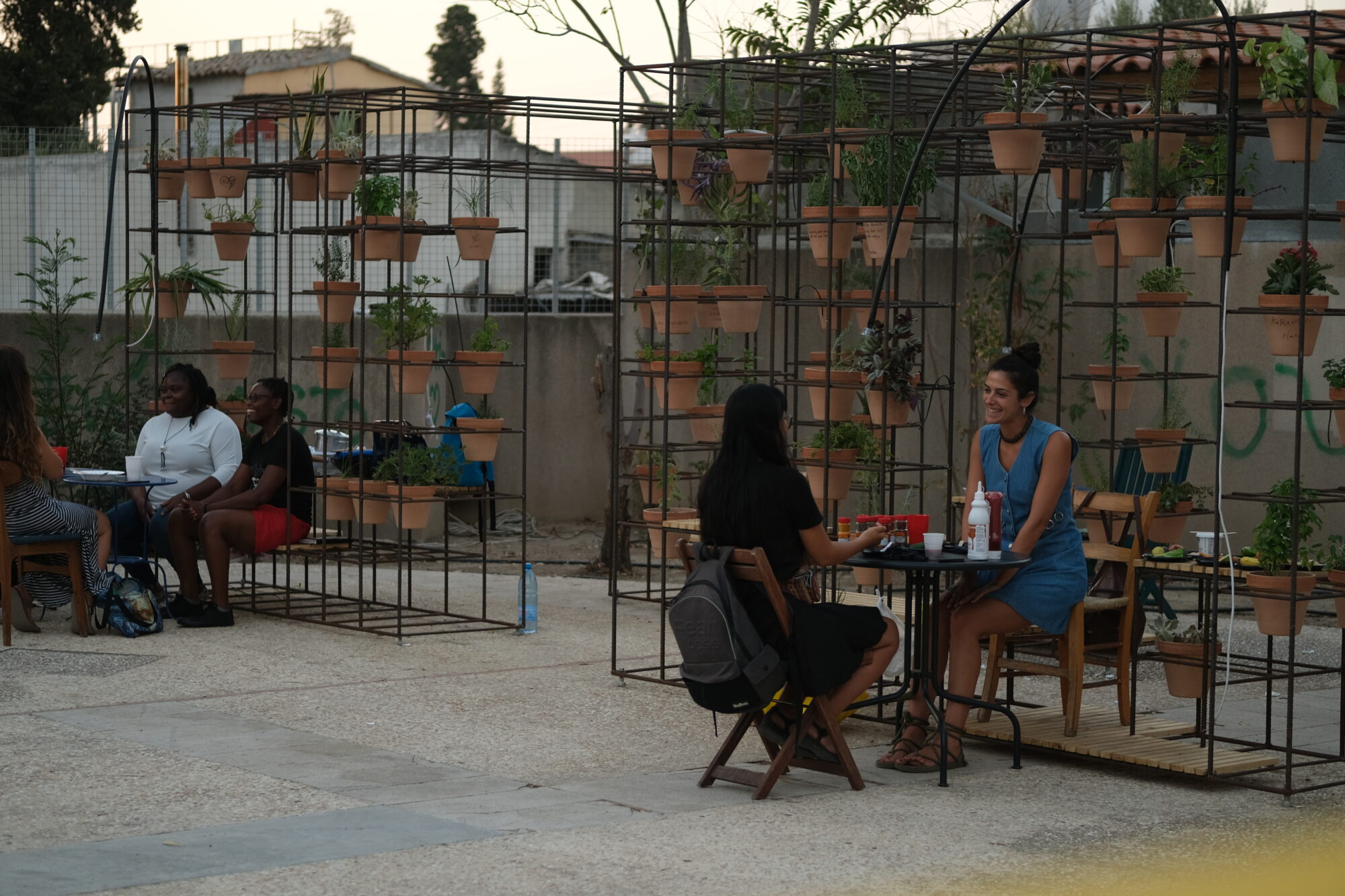 Vertical Gardens was an action of the A-Delicious Place* project and was the launch event of Pame Kaimakli Festival 2020. It took place in the form of a community-garden planting event. Urban Gorillas envisioned and constructed a structure to activate the main church square of the neighbourhood  through the active participation of the community concerned. The design of this urban furniture has transformed the “dry” and unwelcoming square into a lively place for neighbours to hang out.

The activity called openly for the neighbours to assist in transforming the structure into a green haven. The neighbours came together on Wednesday 2nd of September and collectively planted and installed 200 pots of herbal plants in the ceramic pots that were provided. Personal messages were also written in the pots, so in a sense the structure became an exhibition stand where passersby can enjoy the diverse aromatic plants brought by the neighbours and read their respective messages. The structure became the setting events and performances during the festival, but also a meeting place and an active hub for the neighbourhood in the days that followed.

The installation was meant to be temporary,  during the time span of the festival, due to initial constraints with the church administration. Following this installation the neighbours, as well as church representatives embraced the structure and the necessary steps were taken for the structure to remain in the square on a more permanent basis.

*A Delicious Place is a placemaking activity that is part of the A-Place project which is co-funded by the Creative Europe Program 2019-2023 of the European Commission.

A Delicious Place composed of a series of actions that were hosted at the Pame Kaimakli 2020 festival in Nicosia. The festival’s main theme revolved around the topic of food as a socio-cultural, artistic and placemaking activity. Overall the festival*, initiated two, two-month long workshops, three theatrical performances, two film screenings, two ethnographic audiovisual projects, a series of open-air dinners, neighborhood walks and a pop up short documentary festival around the role of food in the placemaking process.