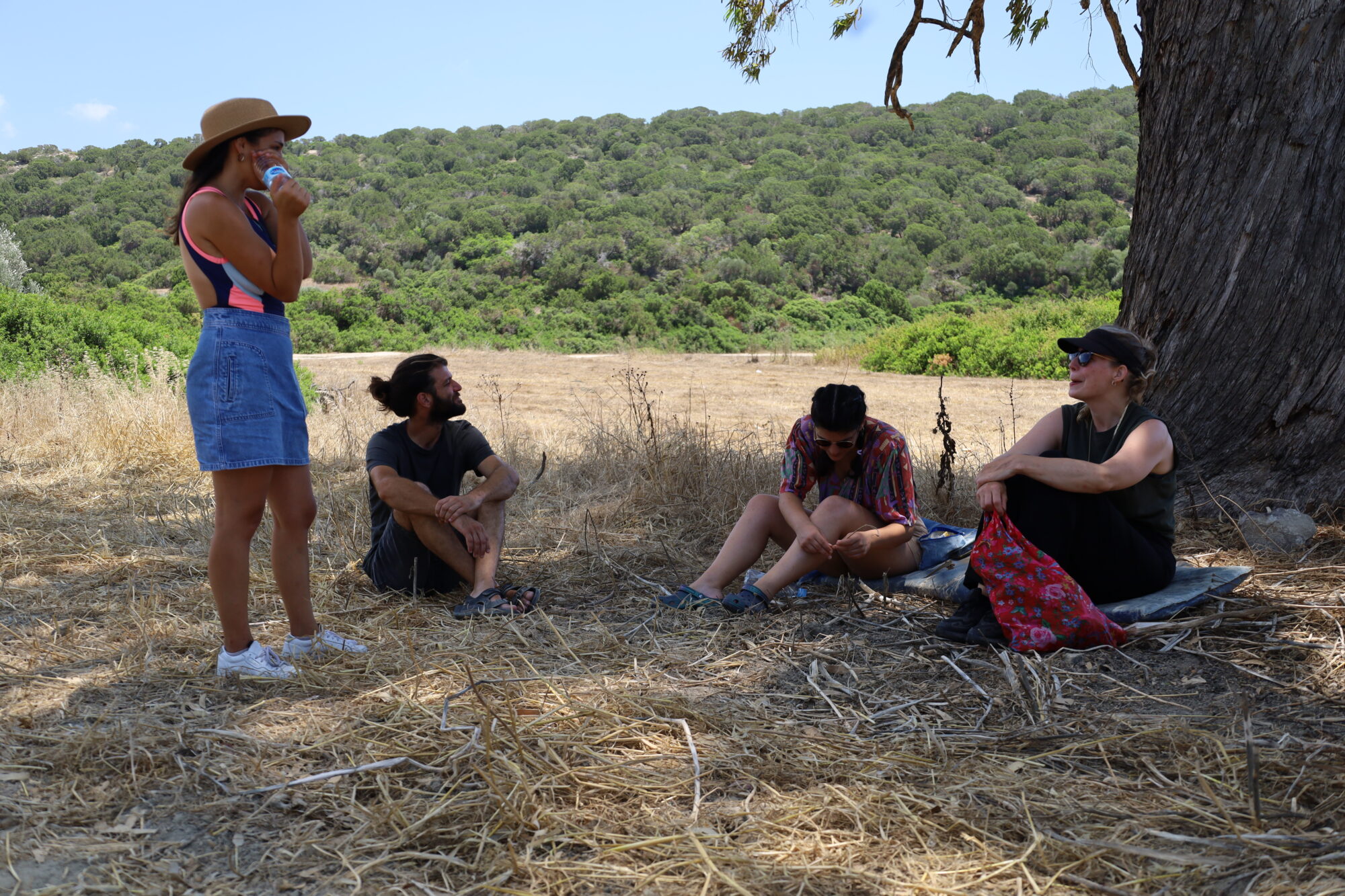 Shiro Masuyama was selected to take part in one of the 18 rooftop residencies of the European Creative Rooftop Network. Shiro was selected after an open call for this residency to develop aRooftop Art Project in Nicosia under the themes of “geopolitics”, “emigration” and “rooftop sensation”.

Shiro Masuyama’s performative piece creates a commentary on the division of Cyprus beyond its social, political, and environmental aspects, through a playful look at the logistical restrictions on travel and exchange of goods across the border,  from one side to the other.

Following the war of 1974, many donkeys once belonging to farmers were abandoned and became wild. Since then, the number of wild donkeys has multiplied.  While the political conflict has resulted in the loss of freedom for the people of Cyprus, Cypriot donkeys have acquired freedom and have become a symbol of anarchy in the country.

The project creates a playful exchange between the two sides of the island, through logistical loopholes, amongst which transporting carrots from the South to feed the donkeys of the North.