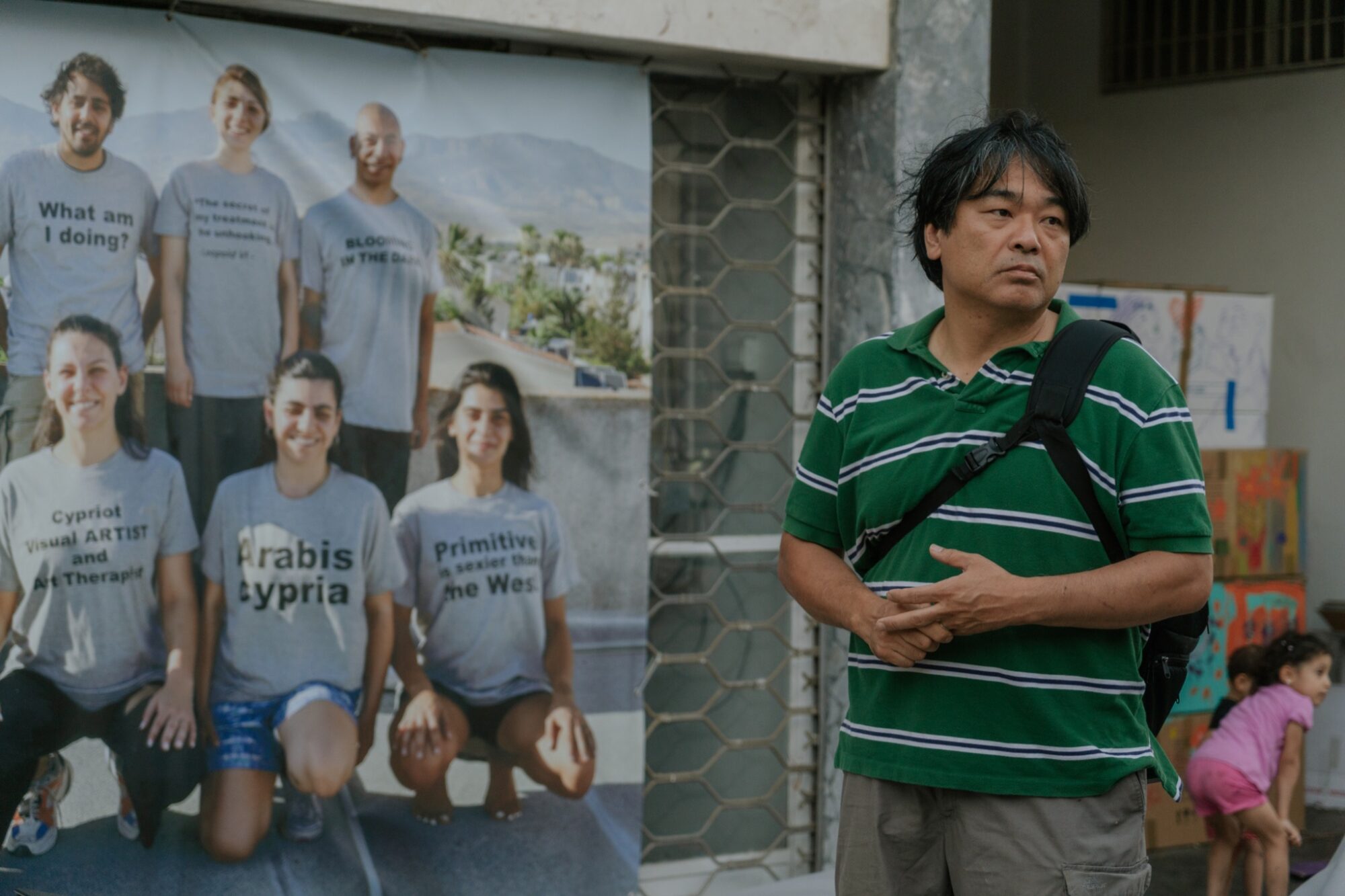 Shiro Masuyama was selected to take part in one of the 18 rooftop residencies of the European Creative Rooftop Network. Shiro was selected after an open call for this residency to develop aRooftop Art Project in Nicosia under the themes of “geopolitics”, “emigration” and “rooftop sensation”.

Shiro is the only Japanese artist in Northern Ireland and since he settled in Belfast, he is very conscious about being different and belonging in a minority. Reflecting on his own experience, when he arrived in Nicosia he started wondering how people in the divided city of Nicosia feel about their identity. For this project, Shiro Masuyama has engaged with the local community and more specifically with young creatives living on both sides of the divided capital; the Northern and Turkish-speaking side as well as the Southern and Greek-speaking side.
Shiro has designed customised T-shirts for each participant with a simple text, representing their identity. The participants were invited to take group photos on a rooftop on each side of Nicosia. Some participants were able to cross the border for the photoshoot. The result of this conceptual artwork is two large-scale banners with photos of mixed (both Greek-Cypriots and Turkish-Cypriots) groups of young creatives on two rooftops of Nicosia which were displayed during the the annual Pame Kaimakli neighbourhood festival -2022 edition: Urban Playground.