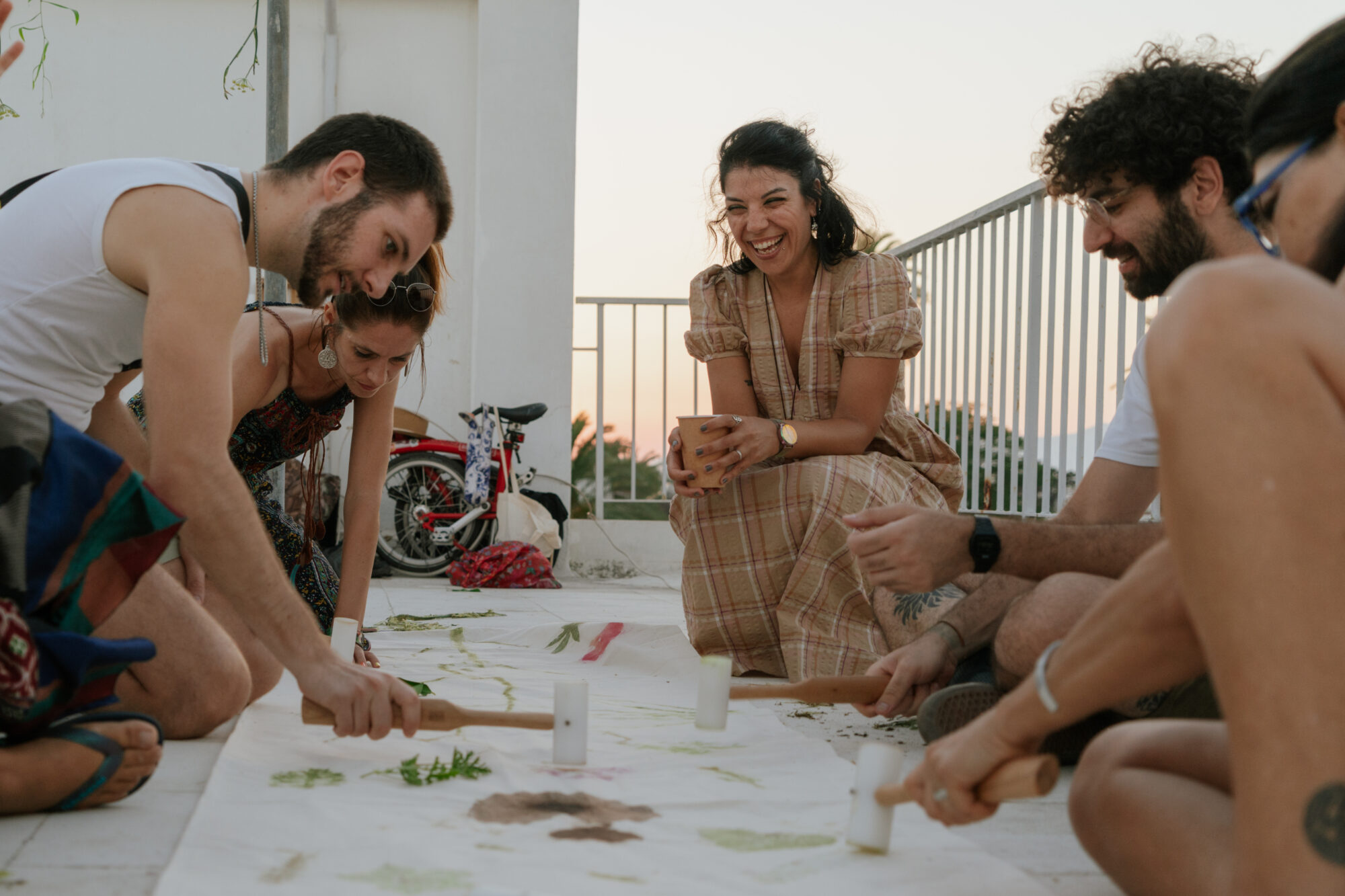 Artist Maidie van den Bos was selected to take part in one of the 18 rooftop residencies of the European Creative Rooftop Network. For this artistic exchange between Nicosia and Rotterdam, Maidie was asked to develop a Rooftop Art Project in Nicosia under the themes of “geopolitics” and “rooftop sensation”.

During her residency in Nicosia, which took place from the end of June until the middle of July, Maidie developed two projects which culminated in a participatory workshop and a sensory experience during  the Pame Kaimakli festival 2022: Urban Playground.

During this participatory workshop following Maidie’s conceptual activity called “Gardens against Rage”, the local community was invited to release and transform their anger, using green trimmings and flowers from gardens and parks on both sides of Nicosia which Maidie was collecting throughout her residency.  In times of unjust war and division, capitalist geopolitics, climate change, inequality, racism and other worldly problems Maidie encouraged the participants to channel their strong emotions and get rid of their anger in a healthy way; by hammering their rage -and their unspoken emotions- about these issues, on these plant materials, carefully placed between fabric banners.

The plants leave a super detailed and colourful print, once again showing nature’s opposite of destruction. With the result the participants of the workshop co-created a new flag for cyprus: the Ecology flag! The border diving Nicosia is a human construct which is meaningless to the ecology on an island. Therefore, this workshop sends messages of unity; humanity is again part of nature instead of separated from its surroundings.

*Maidie, as an artist and entrepreneur through the “Forêt Atelier”, builds sensory installations with flavor and scent at its core.: foretatelier.com