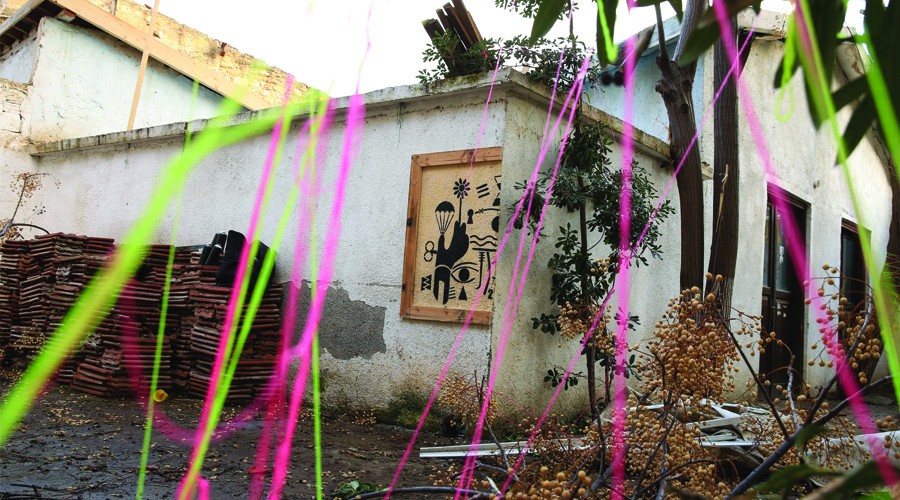 Nicosia: a divided capital of Europe, a vibrant platform for local and international discussion and an urban case study with a visual attentiveness. Urban Gorillas in collaboration with local street artist, Twenty Three, brought to life a project displayed across the buffer zone in Nicosia. ‘Baffle Zone’ aims not only to mirror the current circumstances of Cyprus, but also to encourage the public to personally engage in its current socio-political situation. Artist Twenty Three, paints a visual riddle, split in two, along the two sides of the green line, heartening the viewers to be interactive within the buffer zone, cross the checkpoints and map their city. In order to obtain the full wall mural and solve the riddle, one has to undertake a city stroll, transcend the physical barriers and connect the pieces. Once the image is pieced together, the visitors will be confronted with a visual maze. Under crucial socio-urban connotations and in reflection of recent re-unification talks of the island, ‘Baffle Zone’ proposes an interaction across the divide where the spectator merges the two parts of the mural to introduce an amalgamated web.