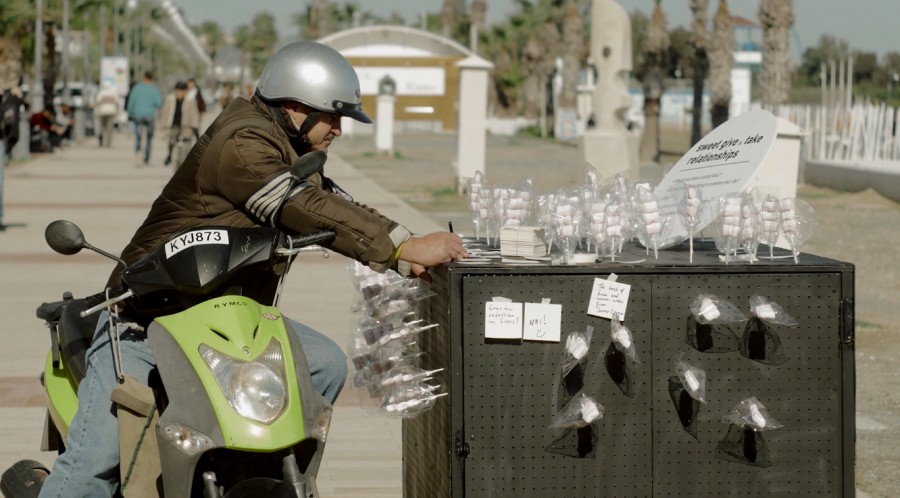 A black box placed in a public environment with marshmallow sticks waiting to be taken and a stack of notes ready to be written. The artist of this installation wants to witness and narrate how a pass-er-by would be intrigued enough to stop and see what the installation is about and what it represents. Once the concept was understood, whether or not they would inter-act by either taking candy, replacing it with a message or simply dis-missing it. What is interesting is how the reaction of each individual also leaves behind a small part of their personality… something of their character.