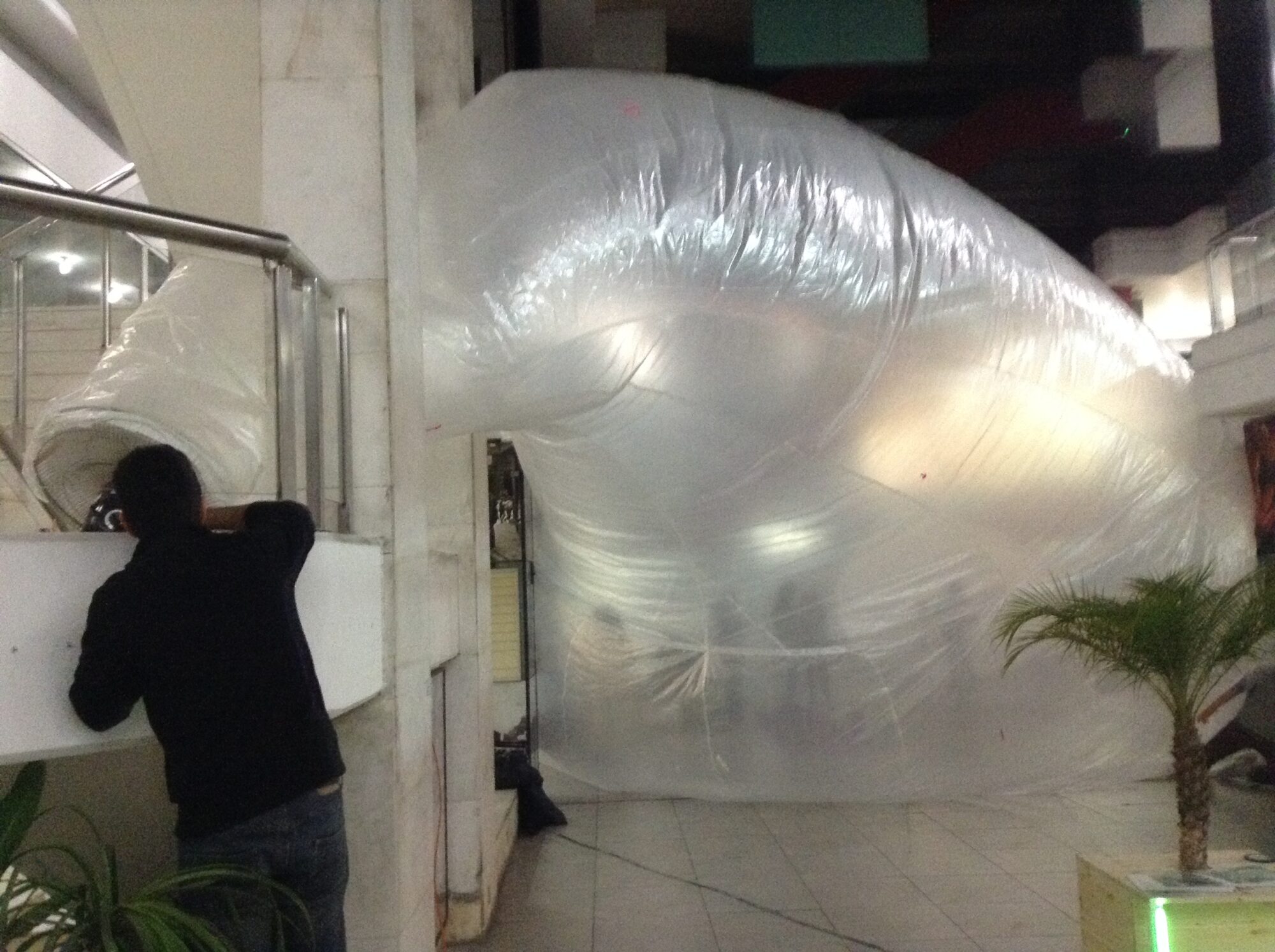 Following the successful workshop Inflating the Public_2 led by Marco Canvacci, architect and founder of Plastique Fantastique (Berlin), Urban Gorillas inflated City Plaza in downtown Nicosia with one of their temporary structures for a couple of hours during the Pop-Up Festival on 23 November 2014.

Inflatable structures such as the one briefly installed at City Plaza are low-cost and high-impact. Ephemeral in nature, they appear in a public space and temporarily change it for the passer-by. After the installation is removed, the space remains different in the memory of the observer. This experiment was a spontaneous action as part of the Inflating the Public_2 workshop that took place within the wider framework of the Green Urban Lab (GUL) project, made possible with funding from the EEA Grants / Norway Grants.