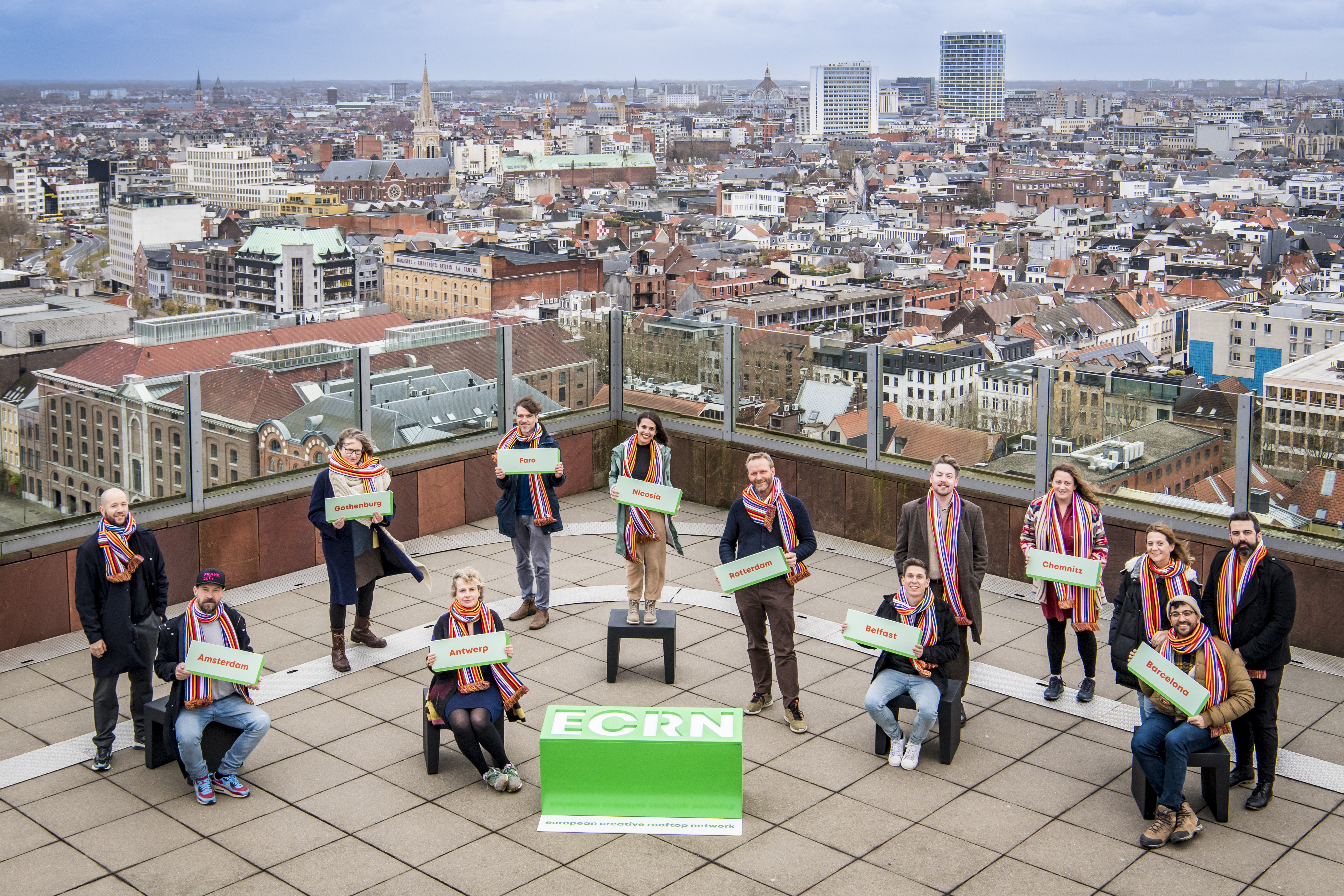 In densely populated areas in Europe, thousands of square kilometres of potential (public) space lie under-utilised and unrecognised as a great urban resource. This realisation joins organisations from nine different cities in a collective effort to unlock the potential of the European ‘roofscape’ (i.e. the combined area of flat rooftops in cities). The European Creative Rooftop Network (ECRN) – supported by the Creative Europe program of the European Commision until 2024 – seeks ways in which rooftops can incubate creative solutions for the social, economic and environmental challenges faced by Europe in the near-future. Urban Gorillas from Nicosia is proud to be one of the founding partners.

The Urban Gorillas is an interdisciplinary team of urban enthusiasts who aim to activate community spaces, inviting the local and international community to reimagine Cyprus’ capital from the rooftop level and create alternative spaces for social interaction and creative expression on top of the buildings as well as in them. The interconnectivity of the ECRN ensures the benefit of international inspiration for Nicosia’s development and enables the sharing of the Urban Gorillas’ local knowledge with European counterparts.

On 1 December 2021, the partner organisations met in Antwerpen on top of the MAS-building, a publicly accessible rooftop. The nine partner cities differ in culture, climate and city planning but seek the similarities within the European roofscape and exchange their knowledge of this shared heritage. Next to Nicosia, the ECRN partners are (alphabetically): Amsterdam, Antwerpen, Barcelona, Belfast, Chemnitz, Faro, Göteborg and Rotterdam.