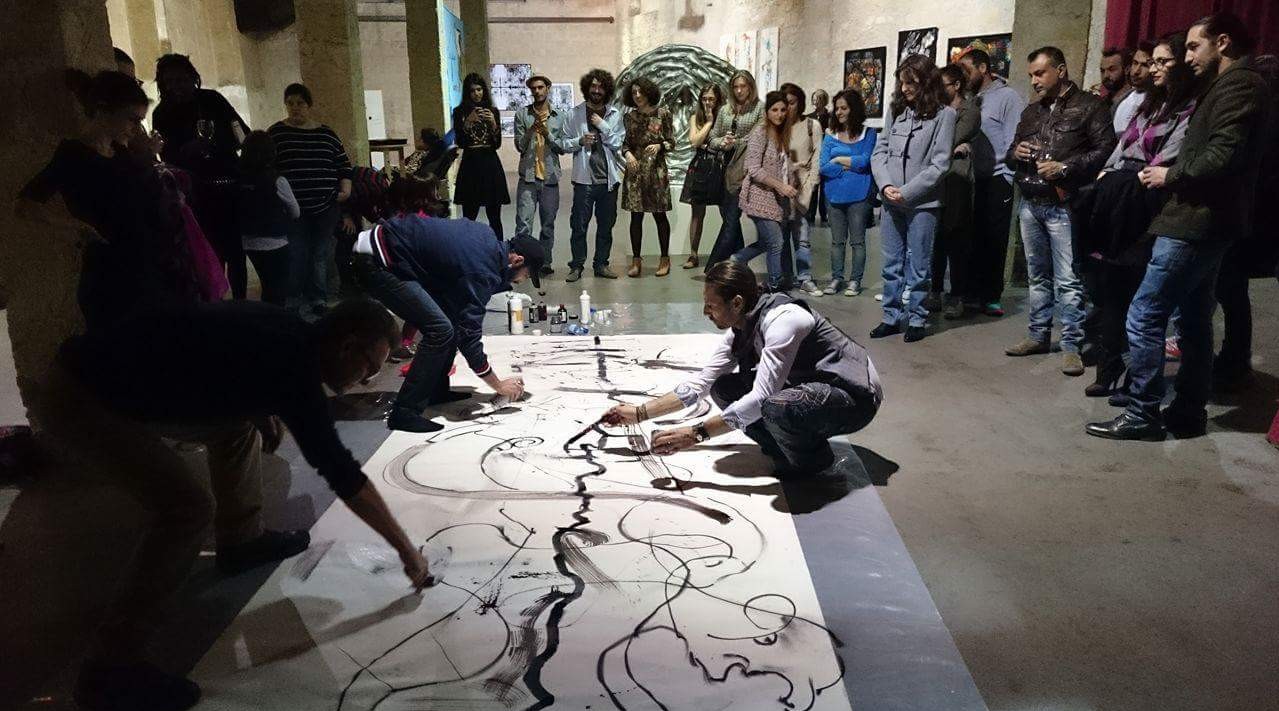 “Before anything else was chaos: a space that contained everything which would have composed the universe. Consequently, chaos is the start of all things. Chaos is then the main creator.” Hesiod, Theogonie

The Exhibition “Order and Disorder in Chaos” will offer a journey through artworks, paintings, photographs, sculptures, video installations, conferences and music. It is co-organised by Urban Gorillas and is supported by the French Institute of Cyprus, Art Way, the Galerie Le Point Fort and M33 France.

Eleven artists, one mathematical physicist, one neuroscientist, one sound experimentalist and one performer gather and invite the public to experience a rich sensory approach of chaos and chaos theory, one of the greatest scientific revolutions of the past century.

The exhibition addresses visually and theoretically the powerful and inspiring forces of creativity operating within order and disorder in chaos. Talented and recognised artists from Cyprus, France, Syria and Lebanon will be presenting their work.

“Our intention, we artists taking residency in disorder, is to let this primordial source express itself.” From this source emerges forms which are akin, guided by nature and are channelled in specific ways through each artist’s prism. The works of the artists explore order and disorder through a complex and sensory observation of the human condition. The expression emerges from symbols sought in the unconscious, whereby artists uncover and expose the dual language of order and disorder.

Based on an original idea by Mathieu Devavry and Annabelle Megalemos.

The exhibition opens its doors on Saturday 28 November 2015, and will be open to the public until 6 December 2015.