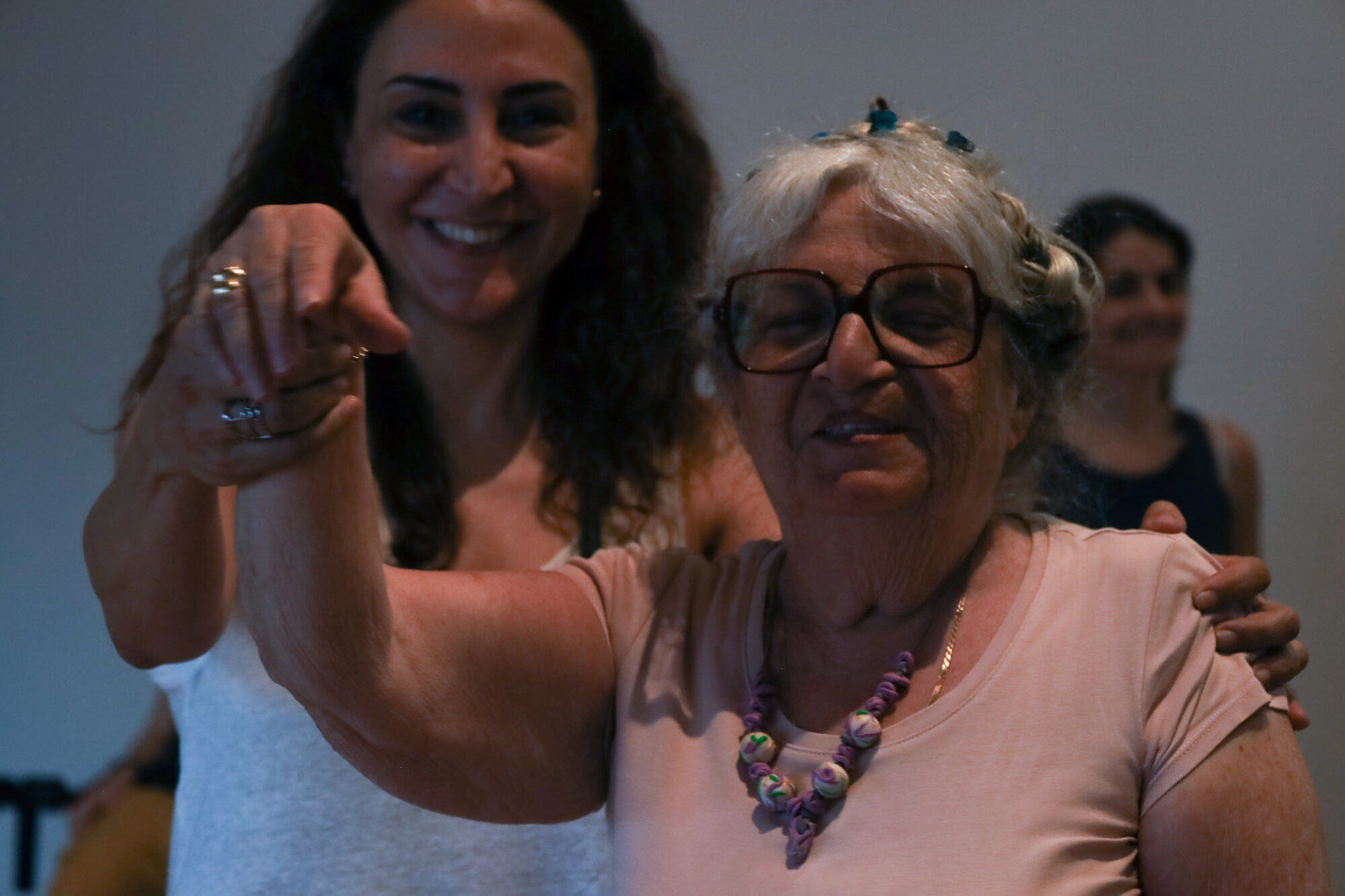 Theatre performance ‘The last of the days’

Within the framework of the festival, the ‘Eidekanou Theatre group’ presented the documentary performance ‘The last of the days’ (in greek; ‘Οι τελευταίες των ημερών’).

The first live presentation of “The Last of the Days” was enriched by the participation of  Eidekanou group with the organisation of experiential workshops for elderly women residents of a specific Nicosia neighbourhood in the ‘Pame Kaimakli Festival’ 2022.

Theatre workshops entitled ‘Would you like to tell us a story?’

Within the framework of the theatre workshops, which took place in Kaimakli on June 3,4 & 5 2022, the Urban Gorillas and the Theatre Group Eidekanou invited the residents of Kaimakli to participate in a series of three experiential workshops entitled “Would you like to tell us a story?”

The workshops were aimed at elderly women living in Kaimakli.

Narratives, music, old and new objects were the main objects but also improvisations with or without a microphone were the main components of the workshops. The workshops aimed to give space to the memory to reconstruct the past and to approach the present with a fresh perpective, thus co-creatinga new neighbourhood based on the personal experiences of the participants.

The workshops were led by the actors and animators of theatrical workshops Nicoletta Verykiou and Elena Pavlidou of the Theatrical Group ‘Eidekanou’.