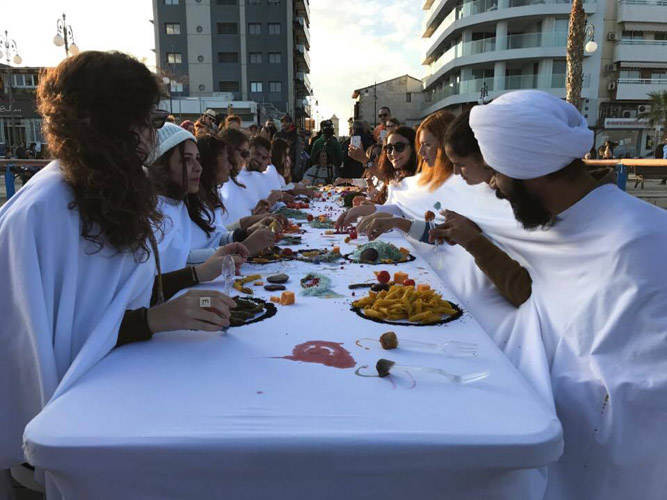 The Urban Spectacle public intervention series, explore human interactions within public spaces and examine the relationships between the observer, the performer and the spatial setting in an attempt to create new negotiations among them. Through various actions, the city is explored both as a spectator and a performer in settings where the boundaries between public and private, physical and symbolical, start to dissolve and intervene with one another. The aim is to challenge the citizens from stereotyped ways of seeing and interacting not only with one another but also with their urban public spaces.

In collaboration with various artists.