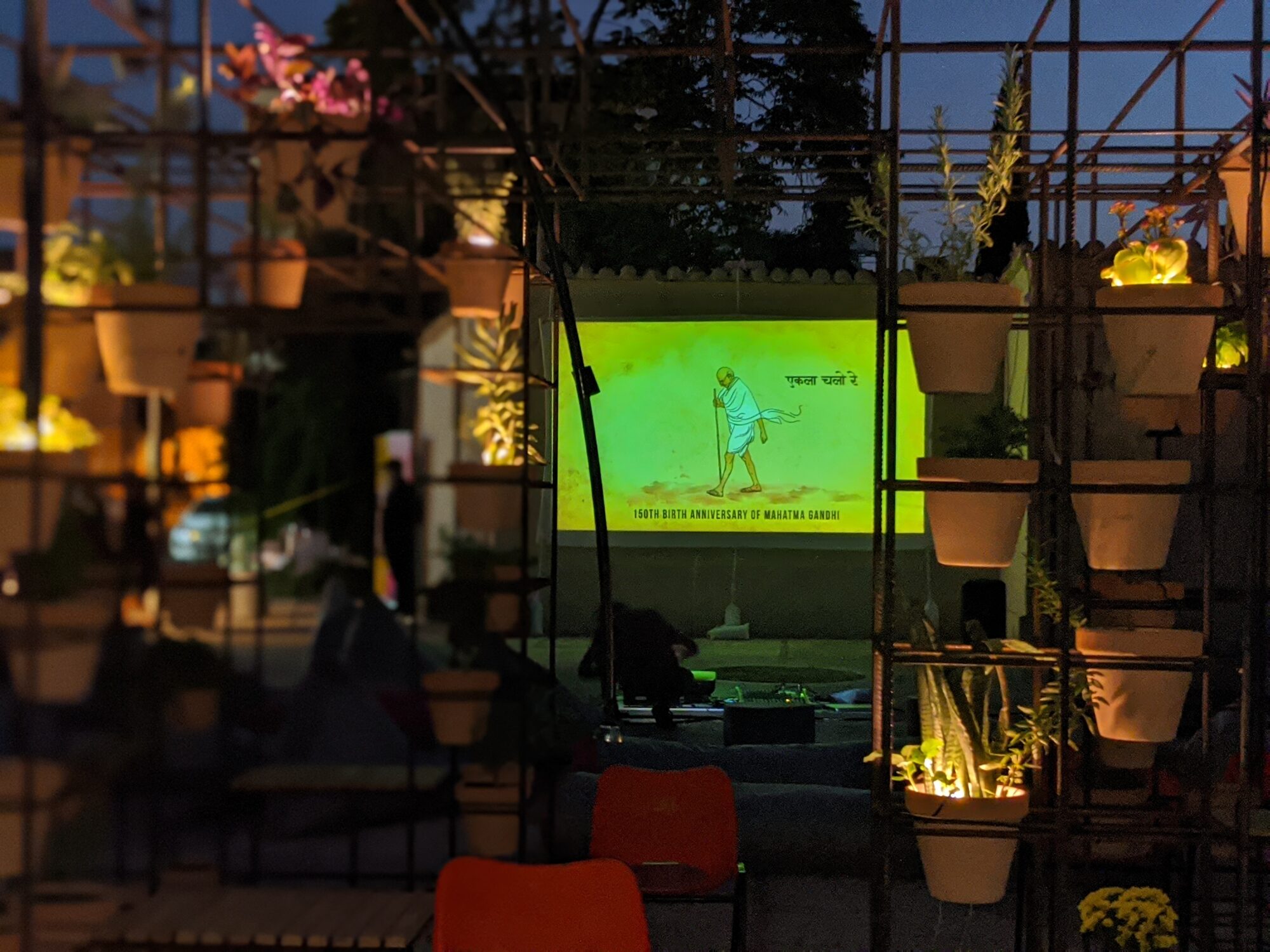 Pop-up cinema is one of the A-Delicious Place* actions that took place during the timeframe of the Pame Kaimakli festival. During the festival we have presented two movies that looked into the relationships of place, communities and food: “The Lunchbox” and “Arrangiarsi (pizza…and the art of living”.

The Lunchbox was screened on the 9th of September with the support of the Indian High Commission in Cyprus! The story is about an ageing officer ( Bollywood star Irrfan Khan) who finds the wrong lunchbox delivered to his desk, stumbling into a chaste relationship with un unhappy housewife (Nimrat Kaur)

Arrangiarsi (pizza…and the art of living) was screened on Friday 11th of September at 8pm with the collaboration and support of the Ambasciata d’ Italia a Nicosia – Embassy of Italy in Nicosia. The story followed writer, director, cinematographer, and editor Matteo Troncone into a fascinating and philosophical first-person travelogue to trace his roots to Naples and learn the secret of Neapolitan pizza. Once there, he discovers the art of arrangiarsi, the process of arranging yourself to make something from nothing.

*A Delicious Place is a placemaking activity composed of a series of actions that were hosted at the Pame Kaimakli 2020 festival in Nicosia. The festival’s main theme revolved around the topic of food as a socio-cultural, artistic and placemaking activity. Overall the festival*, initiated two, two-month long workshops, three theatrical performances, two film screenings, two ethnographic audiovisual projects, a series of open-air dinners, neighborhood walks and a pop up short documentary festival around the role of food in the placemaking process