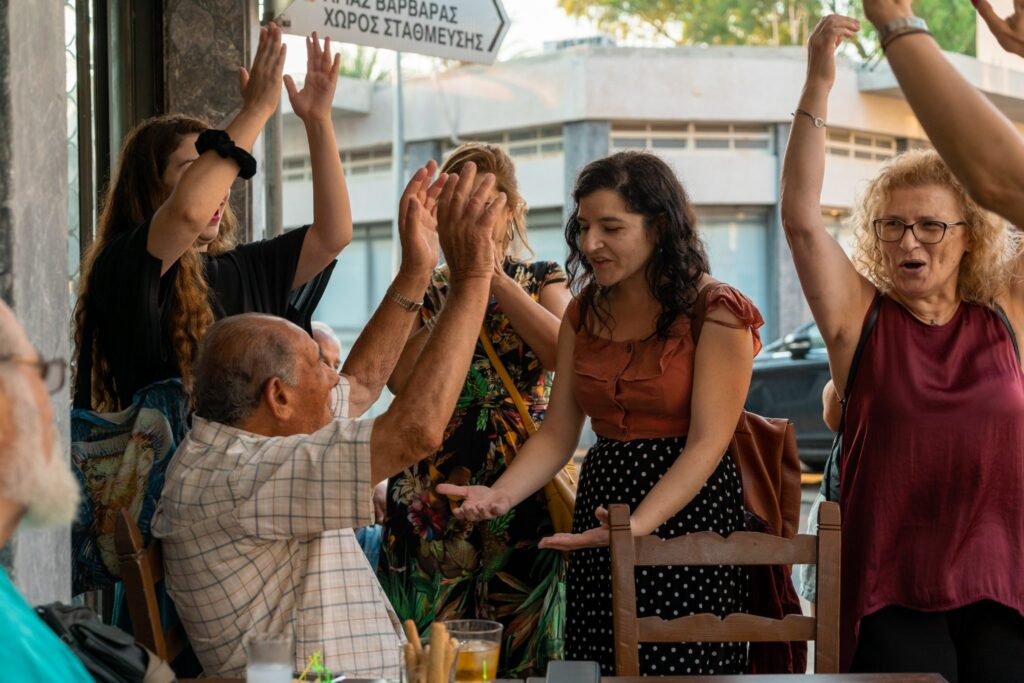 Within the framework of the festival, the ‘Yasemin’ group invited the residents of Kaimakli, those who love Kaimakli or those who want to discover it, to participate in the interactive performance #tomboλα which was held at the coffee shop ‘I plateia’ that  is located in the heart of Kaimakli.

‘#tomboλα’ is an interactive theatrical performance that unfolds with the help of the audience. People were invited to come and play tombola, except all is not as it seems. Through the project, the group wanted to explore social and class backgrounds but also the rules that apply depending on who you are. It was important to note that ‘tombola’ most likely comes from the Italian word tombolare which means to tumble/fall. At this point, we can make the connection with the game and the numbers or the luck that “falls” to each of us. The show wants to create a context in which games of power and authority are played through causticity, criticism, sarcasm and humour.

The workshops were open to everyone – from 5 to 105 years old –  who was interested in creative expression through improvisations and play.

The aim of the workshops was to discover the urban landscape and hidden spots of Kaimakli, to discover the notion of “street theatre” and to get in touch with unexpected audience.

The workshops were led by the actors and animators of theatrical workshops  Natalia Panayiotou, Despina Chrysanthou and Annie Sofokleous.

The workshops & performances were funded by:

The Cultural Services of the Ministry of Education, Culture, Sport and Youth

The workshops & performances was supported by:

The Nicosia Tourist Board, Engage Nicosia