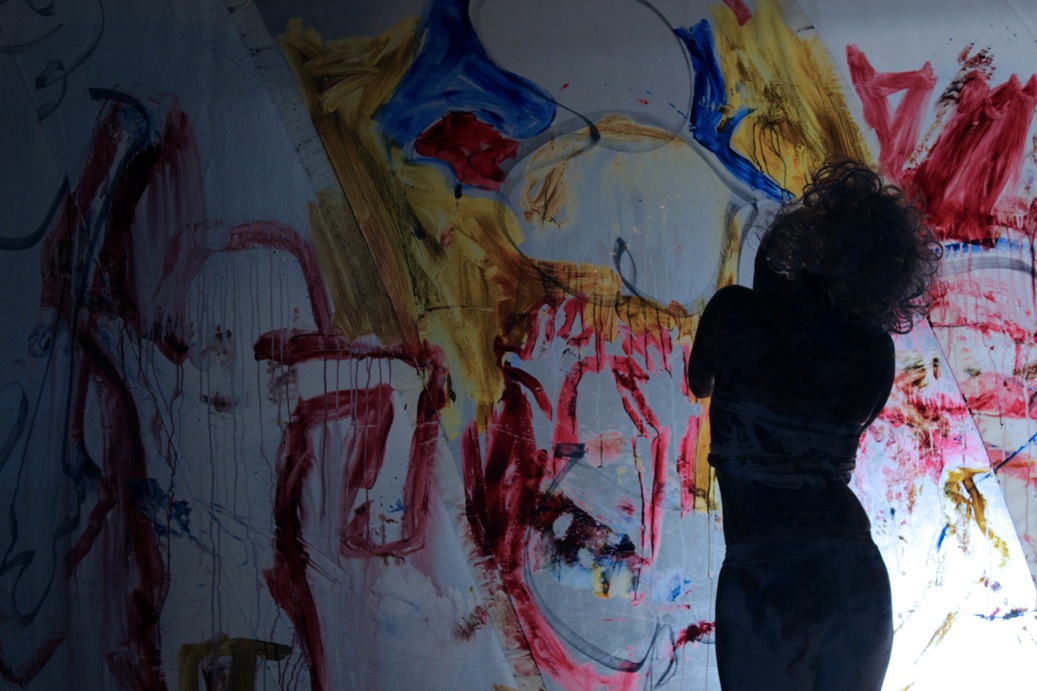 A pair of French performers took us into the anthropometric dimension: Created on a plastic cylindrical volume, a pictural work revealed itself through the story of an encounter between body and paint.

Sensible and clowning, this adventure is thread between a tension where the belonging to the other and the retaining of his own identity is in play. Seized by a pressing need of capturing reality, the painter inscribes the passing of the chaotic morphologies of his model, exclusively set during the performance.
An Anamorphes | Urban Gorillas collaboration. Supported by Art Way | Plastique Fantastique