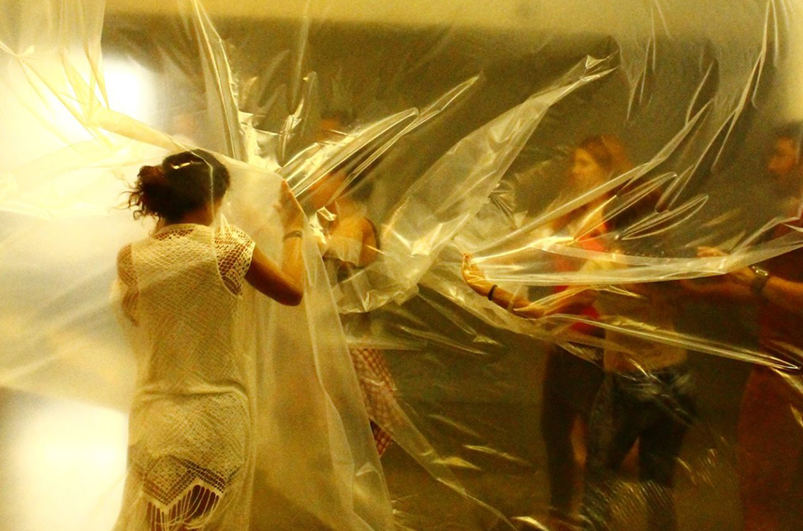 On 9 September 2014 Urban Gorillas and the Department of Architecture of the University of Nicosia, in collaboration with the Embassy of Italy in Cyprus, hosted a lecture entitled “Unpacking Urban Fields@Cyprus” by Daniele Mancini. This lecture was held within the framework of the Green Urban Lab, which is supported by the EEA Grants / Norway Grants.

Daniele Mancini, architect, holds a PhD in Theory of Architecture at the School of Architecture in Roma La Sapienza University where he’s currently involved in research and teaching activities as Adjunct Professor. He also holds a Master’s in Interaction Design and has specialised in History of Architectural Design. He has worked in the Netherlands at Wiel Arets and Paris at Jakob+MacFarlane. In 2002 he also co-designed the Illy Lounge and the ASAC Pavillon at Biennale di Venezia with the international awarded architects CLIOSTRAAT. Daniele has been an effective member of the CICCIO Group where he designed a number of inflatable and interactive spatial objects that were shown in Rome, Turin, Ivrea, Florence, Paris, Beijing, London and Milan. He contributes to the most important Italian architectural magazines among them Arch’It, Parametro, Spazio Architettura and BTA. In January 2005 together with his partner Irene Rinaldi he founded UNPACKED, an interdisciplinary think thank supporting a variety of creative initiatives. He’s also coordinating the activities of the group URBAN FIELDS, focusing on relational architecture in public space. From 2009 he’s also founder and senior associate at the architecture firm Mancini Architetti & Associati. He’s been visiting teacher at NABA Milan, IED Roma, Architectural Association School of Architecture in London, Cornell University New York in Roma, and École Nationale Supérieure d’Architecture de Versailles. In 2011 he was invited to present his projects at the MAXXI Museum of Art and Architecture in Rome, Italy. Daniele writes for and maintains the following blogs: