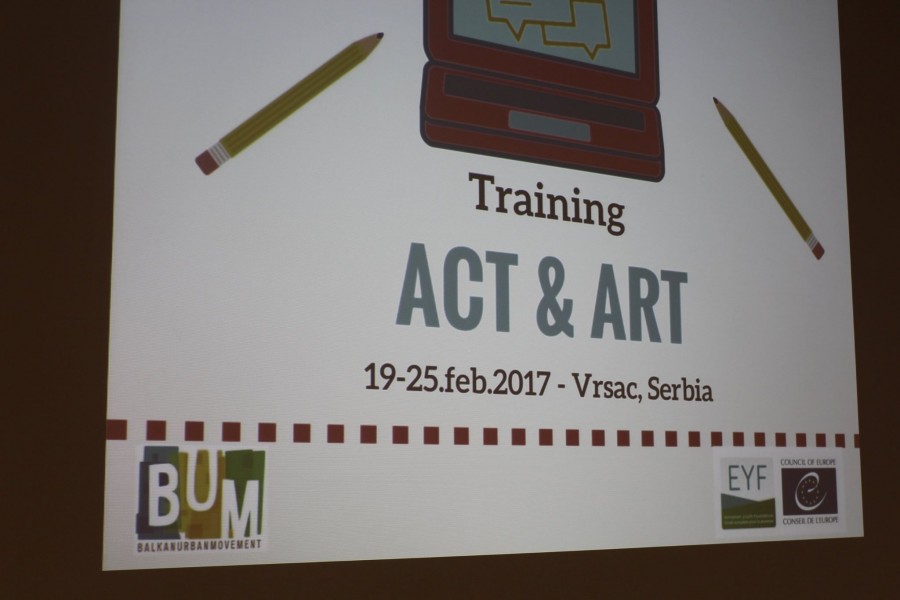 A series of workshops looking at alternative and creative ways to approach the subject of human rights took place in the last week of February 2017. Organized by Serbian NGO Balkan Urban Movement, the training invited young participants aged 18-35, representing NGOs and youth groups from 12 different countries to come together. Urban Gorillas was one of the participants and the only Cypriot representative.

Over the course of seven days participants were inducted into non-formal educational manners to address the topics of discrimination, inclusion, empathy and so on. Introductory activities were given from two trainers to move away from traditional learning in order to understanding how it can condition the brain and the vision.

The training focused on more in-direct educational methods urging the participants to manage themselves and their tasks independently. Using participatory activities to engage the members to contemplate about racism, discrimination, stereotypes and empathy, visual works were created to present the subjects studied by combining each member’s skills and ideas.

Taking into account modern-day influences such as digital and social media, film and photography the participants put together a digital exhibition showcasing the work covered.This included a short film on empathy, a stop-motion video and other visual forms which can be found on the FB page. Each NGO representative brought in knowledge which was adapted to the themes of the workshop. Focusing on a visionary outlook, mobile apps were taught as well as digital programmes to create stop-motion videos and visual presentations.

Besides producing alternative ways to approach the above topics, 12 different nationalities were placed under the same roof, in-directly combating political and historical boundaries. During a seven-day workshop intercultural knowledge was shared, an induction into alternative learning methods was offered, new technological programmes were taught as international NGOs networked and collaborated. Members of Urban Gorillas eagerly participated and experienced Serbian culture taking action towards artivism; a notion our organization firmly believes in.